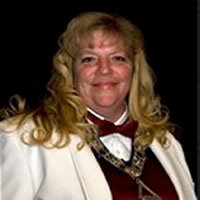 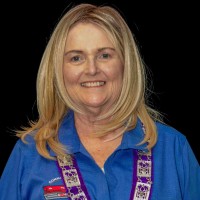 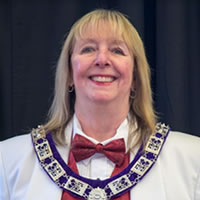 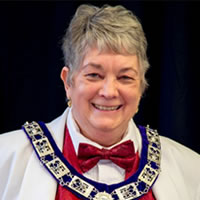 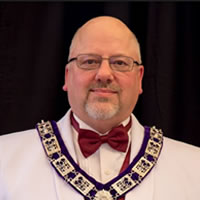 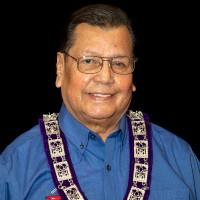 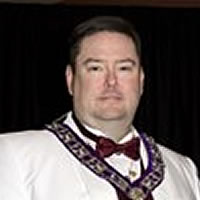 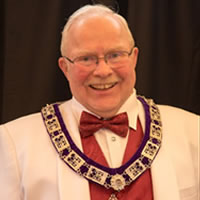 Bill is a 6 year Elk member who moved to Hillsboro Oregon in 2013 from Albuquerque, NM for work with Intel. His lovely wife Cindy is also a 6 year member and a Past Exalted Ruler.

Kelvin was born at a USAF hospital in England to a mother from London and a father from Brooklyn, NY. His childhood was spent in both London and New York. He joined the USAF in 1976 and after twenty years’ service as a laboratory technician, retired in 1997. He moved to Hillsboro in 1998 and joined the Elks in 2002. After the military, he worked as a telecommunications engineer for XO/Verizon and retired again in 2018.

Paul has been a member of the Hillsboro Elks Lodge for 5 years and a member of the Elks for 7. Hailing from Southern California, he first joined the B.P.O.E. at the Mission Viejo Lodge, #2444.

Before becoming the Lecturing Knight, he was the Lodge Inner Guard and the Esquire. In our State Ritual Contest in 2017 he was the All-State Esquire. He is looking forward to continuing through the chairs and learning more about this great Order.

Paul enjoys donating his time to the Lodge.  One of his first projects was to help paint the lobby and entrance. This earned him an Elk of the Month award. Currently he has the Kids’ holiday parties under his chair and is helping start the Antlers Program.

When not at the lodge, he enjoys baseball, hockey, and being outdoors.

Pam is a retired Information Technology Professional with extensive experience working on web publishing of the intel.com web site and the authoring/publishing environment. She is accomplished at maintaining a high degree of quality and customer service. She possesses excellent communication, analytic and problem-solving skills with a strong focus on customer satisfaction. Pam also went through the chairs from Chaplin to becoming our first female Exalted Ruler in 2012-13.

Rilla and her husband Frank are ling time Elks and somehow she keeps us all in line and the bills paid.

Al has volunteered most of his life – 15 years with the Jaycee’s and 3 as an Elk.  He has also volunteered as a Victim’s advocate & Chaplin of the Sheriff’s office, Probation Officer and EMT. Al continues to work full time in IT.

We call Cathy the Cheer Leader because she is always cheering you on and doing her best to help with anything she can. Cathy has 37 years plus in the mortgage industry, has been a member for 12 years and is a Past Exalted Ruler.

Katherine has lived in the Hillsboro area, where she raised her three children, for 32 years. Born in the Black Hills, SD and educated in Illinois, she went on to teach science and math after college. Upon moving to Oregon she went into the financial and insurance industries until selling her practice and going in a new direction related to training and supporting other agents. Katherine is now teaching part-time at a local daycare and happy for the opportunity to volunteer and socialize at the Elks.

There is no bio info for this officer.

Charlie has been a mechanic most of his life. He and his wife Jan joined the Elks after attending a fund raiser and seeing all of the charities that we support.

Orlando was born and raised in Vulcan, Costa Rica and moved to Hillsboro in 1968. He has been the Lodge Tiler off and on during the last 10 years.

There is no bio information for Irene Rowland.

Raised in the Chicago suburbs, always interested in electronics. He was smitten by Wurlitzer pipe organ at Radio City Music Hall at age 10 which started interest in making music.

He joined the Navy at age 17 primarily to get the electronics education that was offered at that time. He served onboard the USS Bryce Canyon, AD-36 (destroyer tender) as Electronic Technician of Communications. Later he worked for Western Electric and The Hammond Organ Company in the Chicago area.

He came to Portland in 1970 and started MCN Systems, Electronic Organ Service and Sales.

He plays music from memory on the piano and organ and literally wore out his Dad’s 78 rpm record collection as a kid.

He has been a member of the Elks for 41 Years.

There is no bio information for Matt Ball.